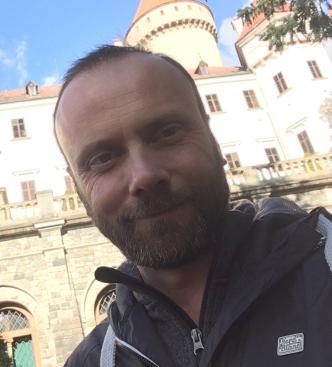 Alex (Aleksei) Bobl is a science fiction writer, author of 13 novels. An ex-paratrooper, he used his military knowledge and experience to write his debut novels for S.T.A.L.K.E.R., a bestselling science fiction action adventure series set in a post-apocalyptic Chernobyl.

After his initial success, Alex Bobl teamed up with his friend and S.T.A.L.K.E.R. co-author Andrei Levitski to create a SF project of their own. Entitled TechnoTma: The Dark Times, this action adventure series is set in a post-apocalyptic future where the Black Sea has dried out and the Crimea has become a major desert. The eight books of TechnoTma had a total print run of over 300,000 copies and have been translated into German and Spanish. Talks are now under way about translating TechnoTma into English.

He enters a prison world. A place of no return harboring the death of the universe.