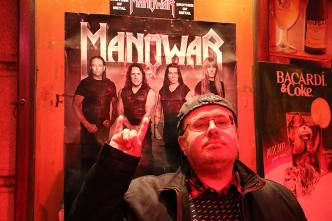 Georgy Zotov was born on March 1 1971. The future bestselling author was a very bad student. His teachers struggled to push him up through the classes. He hated studying and barely finished high school. Looking back, he now wishes he never did. Working turned out to be much harder.

He found college a whole lot easier though, mainly because they taught him what he enjoyed learning: the history of the Byzantine and Roman Empires. But by the time he graduated as an archivist historian specializing in ancient civilizations, inflation had rendered his new job pretty useless. “You couldn’t have fed a cat on my wage, let alone a big sonovabitch like myself,” the future author admitted.

So he did a straight swap for journalism. At least journalists had fun, or so he thought. Zotov interviewed the dictator of Pakistan as well as Presidents of Moldova and Latvia (the latter interview proving so scandalous it even earned its own Wikipedia mention). He reported from war-torn Abkhazia and Tajikistan, then visited the fronts of Iraq, Afghanistan and even Syria – where he was arrested and spent three days in prison without food or water. He still remembers it fondly. He was deported from both Syria and Iran in his capacity as a journalist and still enjoys his persona non grata status there.

This was his third arrest abroad which makes Zotov the only modern wordsmith who under the unwritten code of prisoners qualifies as a repeat offender. He received a shrapnel wound as well as a prestigious national journalism award for his investigative report on the Nazi Lebensborn project.

Zotov has published fifteen books whose combined print run exceeds half a million copies. He prides himself on a reader’s review he saw on the Net,

“The guy is a total nutcase. He’s completely off his head. Still, the book is very funny.” 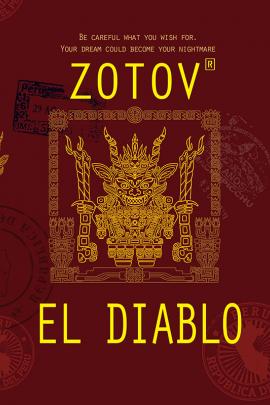 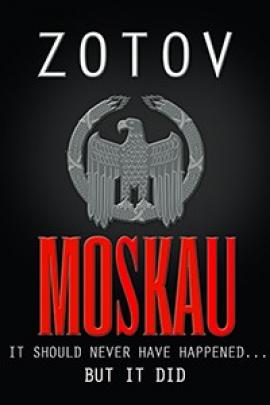 The 21-century SS Sturmbannführer Loktev embarks on a crazy and impossible mission.