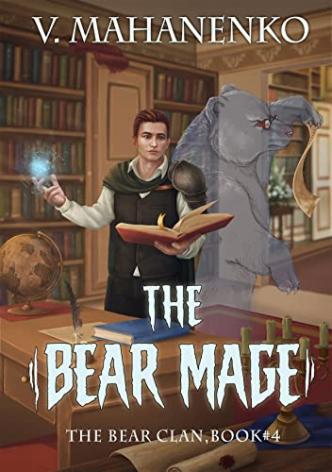 What does it feel like to have the whole world know they owe you their salvation? Is it pride? Basking in self-admiration? A realization of your own greatness against the backdrop of anonymity shared by everyone else? There are lots of possibilities, only none of them describes what actually happened. Instead of becoming the savior, Leg Ondo was made a mockery. The being governing the planet forbade his totems and chosen people to disclose information about the battle between the demons and dragons. And that left the world confused. What did the Brown Bear clan do to deserve the avalanche of goodies that came pouring down on it? Should they be knocked off the pedestal they so recently climbed atop?

But even that would be manageable if it weren’t for one thing: the multilevel competition designed to bring the three empires closer together. How did Leg Ondo possibly get himself involved this time?

Love this series and cannot wait for the next book! This is a great addition to the series and love the travel adventures and world building.

Each book gets better and better, although if I had brother like Leg I wouldn't be nearly as patiant with them

The plot thickens! It's really entertaining and interesting story, the whole history and progression is coming to light! I am so looking forward to the real story of the world! Keep up with the great work! Thank you! I can't wait for the next book!

Another great book in this series i can not wait for the next book in legs journey. A proper page turner i could not put it down and had to read it from cover to cover.