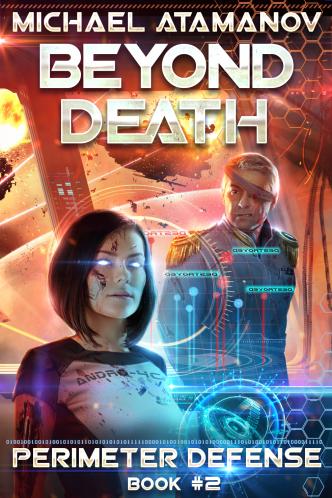 Playing by the book? That's not good enough for Crown Prince George! In his attempt to delay his appearance at the Emperor’s court, he triggers an alien invasion of his own star system. The whole of the Empire watches the live broadcast with bated breath as his fleet battles the awesome invaders. The Iseyeks - gigantic sentient praying mantises - are suitably impressed too, so they promptly remind the Crown Prince of his allied duties. The Sector Eight Fleet hurries to the Swarm’s aid… but sadly disregards the insects’ hive mentality.

Desperate to prolong their own existence for a few extra months, the insects unflinchingly sacrifice the human fleet. What is George supposed to do? He can't turn back - not with a doomed fleet in his wake! So he battles through armadas of alien starships, ignoring the "Victory impossible!" system messages and laying an elusive path to freedom across yet unexplored star systems. George is bent on breaking free - and no amount of enemy can stop him!

This series is very good. The only thing stopping me from reading it straight through is pesky reality and a job I can't call in sick to.

I spent five hours on one breath reading this book. Great story! I will wait for the next book with great inception!

I enjoyed this book as much if not more than the first installment. It was very entertaining to read how the protagonist's attempted to get himself out of the holes he and his predecessor has dug into.

Very well done. Very easy to like the MC. Was really waiting for this book and it did not dissapoint. Highly entertaining with a good sprinkling of fleet tactics and faction politics! Must read for Sci-fi LitRPG fans.

Thanks again for another great read. Couldn't put this book down once I started. Please keep translating your work because it is definitely one of the better ones in the Litrpg selection