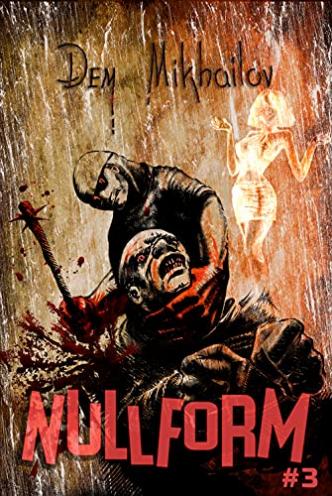 By now Elb is the talk of the entire Outskirts. Just imagine – he can venture into places that most locals won’t even dare go near. He has, after all, passed through the terrifying Stagnant Cesspool like a knife through butter, doing justice on its vile inhabitants. And now he joins the ranks of those regarded with favor by the System, being promoted for achievement, and receiving bonuses and access to new goodies.

However, our hero’s plans do not include hanging around this dump. He and his unit, recently expanded to the tune of one fighter, are headed to Drainagetown – a place teaming with even stronger groups. Capitulation to the strong of this world is against his rules, as is ignoring what repulses him. The cannibals residing in the swamp known as The Stink, who snatch people and trade their flesh, are unaware that in crossing Elb’s path, they are inviting problems.

At the same time, our hero continues to unravel the knot of the unknown, to figure out the nature of the world he finds himself in, and with the aid of memback, he is beginning to recall fragments of his previous life. And it may be that he was not such a good boy back then...

Read in English the latest installment in the LitRPG “Nullform” cycle, created by the master of classic LitRPG Dem Mikhailov!

the right pace. A system we are learning more about as each book continues. Rewards that make the progrees possible. And a lot of exciting questions I look forward to being answered. This is a great series for sure

I love the plots and twists. You have a great imagination and you clearly know how to make your readers want more. Thanks for sharing!

Series is interesting and intriguing, I read the book in a day. It was hard to put down. Well written and full of action.

I received an ARC of this book where I looked for issues with the translation from Russian to English. Hopefully all the errors I found are corrected and you can get a stronger enjoyment from reading a really fun story. This series is so different from most litrpg. So worth reading. Problems I can't fix though are a lack of a forward that reminds you of what happened in book one, and two. I still give this a 8/10