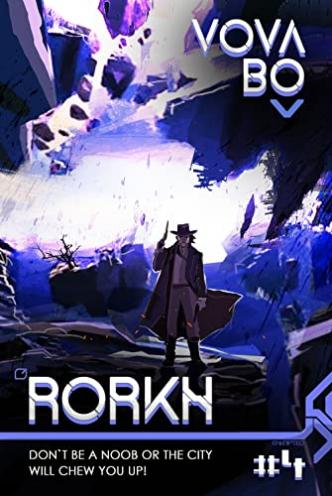 Arch’s meeting with Prime himself - the head of the Council - turns unexpectedly into a trap. The war between the Sunrise Demons and the Dehunters moves into a new phase, one in which every player is going to be affected.

As if that weren’t enough, a mole is discovered within the unit, siphoning information off to a third party. And dehunters are now roaming Rorkh in dark setups of their own, depriving Arch and his unit of any scrap of an advantage in PVP.

In addition to all that, Arch has become acquainted with Red, a legend among Shooters in Rorkh. Arch requests to train with him, but Red has one condition: Arch is going to have to leave the Guild and cut off all ties during this training. And he’s going to have to do it while the war with the dehunters is proceeding at high intensity, something for which Arch is directly responsible.

Meanwhile, many players are changing sides and joining the dehunters, so the balance of power has swung decidedly in favor of Arch’s enemies. And if he doesn’t find a way out of this seemingly impossible situation, then the Sunrise Demons - and many others, as well - might find that there’s no place left for them in Rorkh...