Captive of the Shadows 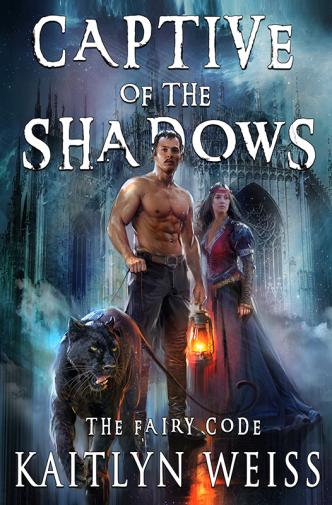 That fateful day started out like any other. Wake up, shower, go to work. Nothing indicated it would be my last day on Earth.

You see, on that day, my boss sold me to Doran, the King of Shadows, ally of Chaos, and the cold, calculating ruler of one of the three faery courts.
Trust me, I know it sounds crazy. After all, this is the 21st century, and I’m a geneticist, not a slave.
But, before I knew it, I was transported to another world - a world where a mere glimpse of the landscape killed normal humans.

Somehow, against the odds, I survived.
But how? And why was I here?

I soon learned that the faeries were barren and facing extinction. The King of Shadows – intelligent, attractive, but dangerously arrogant - demanded I use my training as a geneticist to find out why. The consequence for failure? An unspeakable fate.

So, I got right to work. But someone, or something, was out to stop me....

Oh, Chaos! What a wild ride!