A Cat and His Human 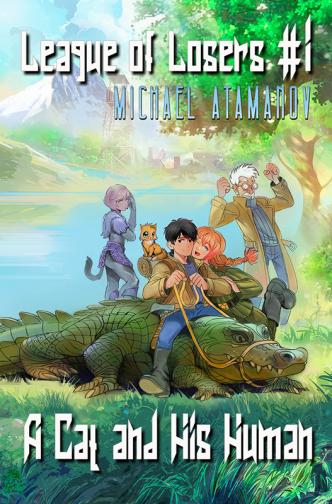 Fascinating book. I not deeply into LitRPG but this book was so interesting that I’ve now started Atamonov’s Reality Benders series. The world building is incredible. It’s also been educational to read about a protagonist who is Russian. I hadn’t realized how much of what I read is with British or American protagonists. Some issues with English spelling or word usage, but not enough to detract from the story. In this book, as in the others of Atamanov’s I’ve read, the main character’s creative thinking is clever and really enjoyable; it leads naturally to unexpected plot twists. I also like that the female characters often have great skills and power, though they are more one-dimensional and tend to behave in accordance with stereotypes. A little more depth in female characters, please! Overall, though, a terrific story. I couldn’t put it down.

Atamanov continues to please. MC is given the chance to avoid death if he agrees to go to a new world. There he joins a group of people trying to survive a world of night terrors and monsters. Interestingly his personality is split between him and his cat, both of whom can develop different skills. Only the cat knows that the MCs personality has been divided between 2 entities. Looking forward to the next book!

I enjoyed reading this a lot. There are a few mistakes. One in particular I noticed was tic-tocs level dropped from 68 or so to 18 at the end of the book when he leveled. But little mistakes don't drop the writing from 5 stars to 4 stars. It's a fun book and I only wished we had more from the cats perspective. Can't wait for the next one.

The first third of the story is kinda dark, with a definite survival post apocalyptic feel to it. Few resources, betrayals from other survivors, humans that enslave newcomers. Then about the 40% mark, when the immediate need of survival is reduced the story takes on a more portal fantasy tone with the MC finding others, forming a group, learning unique and powerful skills, and a bit more safely exploring the world around him. It’s still not a light and fluffy story but there’s more action adventure with lots of monster fights and less survival. Overall, it’s an interesting slice of life LitRPG story that explores a deadly world where humans are not the dominant species. Score: 7.5 out of 10

Another great book brought to you by Michael Atamanov. Now he is putting out 2 great series that I can’t wait to read.