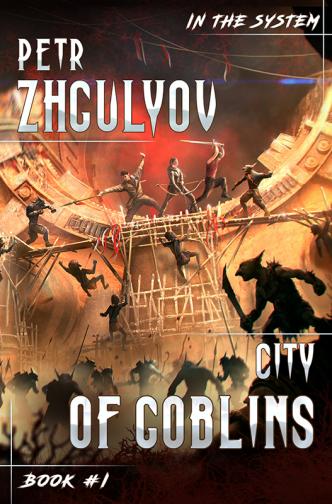 Has an interesting twist on the world building. I found this a captivating read and can’t wait for the next book.

The game mechanics are an intricate part of the story and their exploration is a good bit of the early section of the novel. But there’s nothing too new with any many familiar elements like levels, stats, abilities that increase with practice, XP from killing. There is a loot system that is a little different with cards dropping from killed opponents that contain system equipment or more rarely skills. Overall, this is an action focused story that has a good apocalypse survival vibe when the characters are on the goblin world. Aside from the abrupt ending, its pacing is pretty good, though I liked the solo journey section more than the later one. Score: 7.6 out of 10.

Plot: Play a game and complete the mission. Fail and you stay in the game or die. Really enjoyed this story. If I had to pick something I disliked, it would be that I thought the story was to short. This one just pulled me in and didn't let go.Characters: I enjoyed the MC. His thought process is a lot like mine and I felt an immediate connection. I really look forward to book two. 8.5/10.

I enjoyed this book from start to finish. I did notice some errors here and there, though nothing egregious. I haven't read the original, untranslated version so I can't be sure but the translation seems fine to me. I've certainly read worse translations, I can say that much without doubt. Overall, I'm glad I read the book and look forward to the next book in the series.