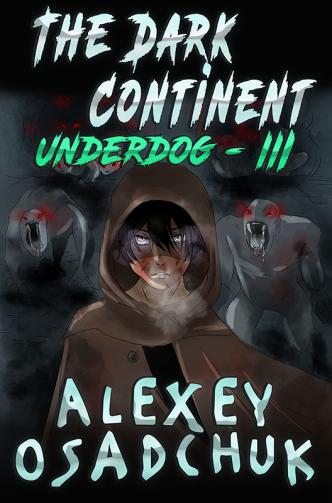 Eric and his friends no sooner extricate themselves from one tough situation then they find themselves in another one, and another, and another! They say what doesn't kill you makes you stronger, and that's certainly true in this case, as the unlikely companions continue to grow in power through adversity. And it's their progress, as well as the victories they win along their challenging road, that keeps these books from becoming too bleak. All in all, "The Dark Continent" is another solid entry in the series. and I'm looking forward to more.

So this book continues the running fun. No rest for the weary. Our intrepid MC is always a battle away from doom. These book present a harsh and unforgiving world where betrayal is common and loyalty is rare. I can't fault the hero's apathy towards hard up strangers even if it bothers me. He is however a genuinely good soul and he does help some people in distress. I can't wait for him to return and rain destruction in those who have betrayed and blackmailed him. I can't wait for more. This series is a fun and exciting read. Hope the author is hard at work for more.

Just finished reading and I'm already impatient for the next installment. What a story! What a world! A masterfully crafted tale, and one I'm very glad came out, helps make this social distancing a lot more bearable

The only thing i found disappointing about the book is that i finished it too quick. I am very excited to see where the next book is going to take the series and i eagerly await the next release.

Way better than most lit rpgs.I tend to hate from another world story's but this is defiantly not that and I can't wait to see more from this author!