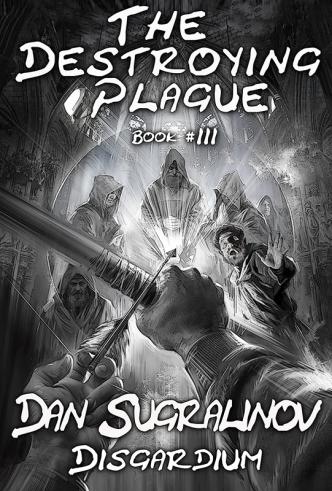 I've been a bit vary of Russian LitRPG lately because of some of the ways masculinity and women have been depicted in the books I've listened to, but I recently discovered Sugralinov's books and pretty much devoured them all. One of my favorite authors right now.
Just finished book 3. It was a decent read. Greatly enjoyed the whole series. Normally, I really don't like the stories where a character becomes insanely powerful very fast, but this has so many twists. The mechanic of being a "Threat" and part of a game event is neat. Any imbalance in the character is negated by the threats neutralization and the character is encouraged to go as far as he can with the special abilities. Everyone else in the game benefits from the story, and especially those who take him down.

This series keeps getting better and better. I love how the MC continues to grow and how it affects his game life and real life.

I don't know about you, but reading some books in the LitRPG genre can be annoying. Characters that start out great but then become annoying in their own right, and worst of all - the predictable storyline. This book broke that mold. Thanks Mr. Sugralinov for writing a book that is not predictable and a main character that is bot mundane. I eagerly await the next installment.

More, I want more! A worthy sequel which carries the reader in a rush. Alex and his friends are challenged both in game and in real life (IRL). Dan keeps the story rocking along with the reader wanting, “just one more chapter” before realizing it is 3 in the morning and you need to be up at 6 to go to work!
Dan is getting better and better with each new release. Buy one, but you will end up buying them all.... you have been warned... :)

This is the third book in this semi-dystopian fantasy LitRPG story where the main character (MC) gets some rather overpowered abilities and it's still good. Thankfully, the story has put the MC back in the position of villain in this slice of life novel and there’s all the action and adventure that was in the last books. There’s also an increased threat IRL for the MC and his friends as they are released from the safe starter area and have to increase their guild and deal with the many players hunting for Threats in game and out. Good casual reading that is entertaining. Score: 7.7 out of 10