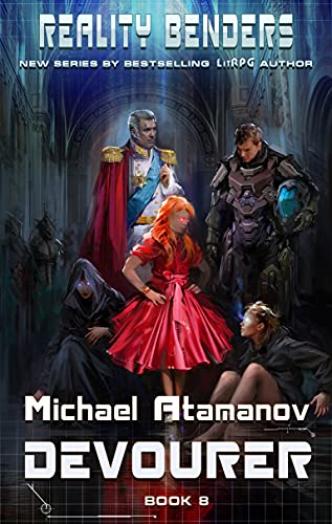 This series is one of the best that I have read. The storyline is very good and the MC is super interesting to follow, he keeps developing and doing fun and stupid stuff. Can't wait to see what happens next, hopefully the next book is not long of. The author is one of my favorite, I have read all of his books and recommend the other series that he has written. I would love to have charter sheet at the end of each book so we can see Gnat status when each book ends.

What a fast and furious ride! Gnat is everywhere at once and once more dancing around the powers of the universe! This enjoyable series has given me many hours of entertainment. Wonderful character building, outstanding story line. Some small spelling and grammatical errors but who cares, it's worth it. The author needs to charge more for these books! Buy it and enjoy.

I have read everything available by Michael, I drop everything when one of his books become available. His joining of two of his series Reality Benders and Perimeter Defense, which are my favorite series’s was like toppings on an ice cream cake, pure joy. I have happily paid for his books and will be waiting eagerly for more.

This has become my favourite LitRPG series. I really like the story arc linking the Perimeter Defence series but overall as with the previous chapters, my reaction when finishing this book is disappointment that I must wait a few months for the next one :)

Wow!! What a rush. Fast pace, great fight scenes, tons of levels and new abilities, continued world building. Picked it up and couldn't put it down. So easy to see why this remains in my top 5 litrpg. Can't wait for the next one