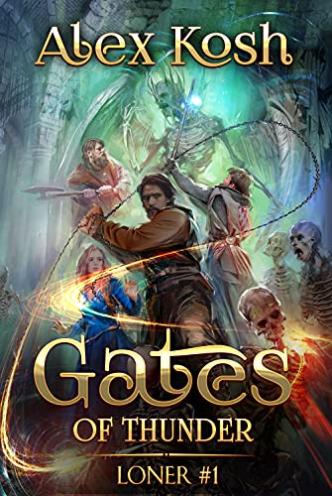 "Arktania" is a virtual game with a steampunk style. It's a place where magic spells, enchanted artifacts, steam-powered machines, firearms and mechanical golems are a part of everyday life.

Gamer Andrew Falk begins his journey in a small village on the border of Orcish territory. The locals are the keepers of many secrets, but their behavior is too realistic for characters in a game; so realistic, in fact, that Andrew starts to treat them as if they were real people. Maybe because of the way he plays, or maybe just thanks to good luck, he becomes one of a mysterious class of people known as "sliders,” allowing him to control electricity and earn the favor of Elenia, the goddess of fate.

But as he advances through levels, the pain threshold in his character settings gradually begins to drop, making the game increasingly more dangerous. Andrew is facing a hard choice: either to keep on playing, risking eventual death by pain shock, or to abandon his gamer pod altogether. Still, his digital adventures just won’t let him go, immersing him ever deeper into VR…

But mostly it’s just a fun adventure in this MMO world with the main character. It was an easy read that I was able to knock out in a couple of enjoyable sittings. Score: 7.7 out of 10

I liked the characters and the story was well done. There are a lot of things that can happen from here, it will be interesting to see where the story goes.

It was a good read, interesting class and weapon for the main character. I will be getting the next one.

Entertaining without the excessive RPG stats common in this genre. Good story with some interesting twists. Looking forward to the next book and would recommend it to anyone who enjoys the ‘transported to a VR world’ storylines. Also, not that I’m a prude, but it’s nice to read something enjoyable with a complete lack of foul language. Good work!

Series never get written fast enough for me sigh. I really like the steampunk genre plus this book is great