The Gene of the Ancients 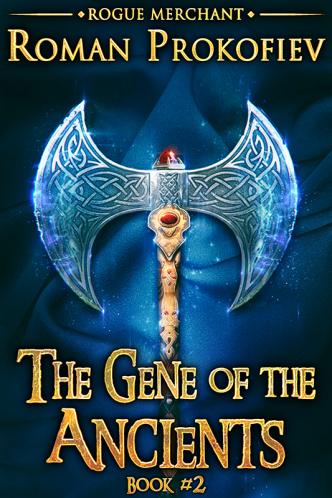 Now that Cat has discovered his sword’s secret and received the task to collect the Seven Keys, he’s not in a hurry to complete the new quest. Why would he care about the future of the world when he has much more exciting things to do, like claiming his place in the clan, participating in the redistributing of trade influence and just plain making money?

Cat starts building his own trading empire - and ends up getting involved in an all-out economic war. Having gotten the taste of real money, he travels to the Bazaar, the world’s biggest marketplace at the crossroads of trade routes, intending to finally show to all of the Sphere’s tycoons what he’s capable of. Cat is serious about making it to the top, earning influence, money, new risky deals, new friends and new enemies in the process. And once he finally makes it big, he suddenly gains a new patron: a stranger who turns out of be the god of shadows, rogues and traders who takes interest in the brazen merchant.

Following the route his new patron god has shown him, Cat arrives at the legendary Helt Acor, to the Endless Paths of the Ancients whose finest web permeates the very fabric of Creation. Their tunnels form the most perilous dungeon in the whole of the Sphere. Only the one in possession of the Ancient Gene can tread in the footsteps of the long-perished race and find the most amazing of all treasures. And in the end of their journey, the daring adventure-seekers should brace themselves for a surprise...