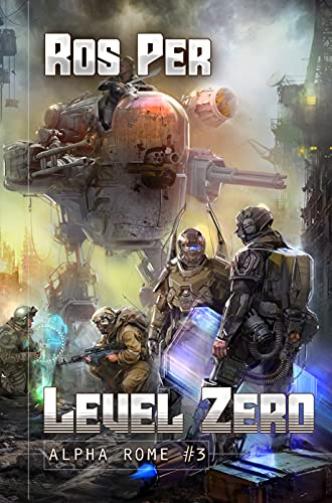 Elderly military veteran Volper had no idea what to expect when he entered the virtual world of Alpha Rome. But he now realizes that it’s not a game, after all. The number of times you can respawn by replicating in special capsules is limited and might one day run out.

Volper has also had to take on a group of teenagers and has managed to turn them into a lethal combat squad. However, their success has not gone unnoticed, and the team has caught the attention of some powerful corporations.

He might have successfully gained the Skurfaifer profession, but Volper is now the focus of a manhunt. Why were the Skurfaifers wiped out all those years ago? Who did they work for and what’s left of their mighty combat division? All of this is yet to be found out.

Volper also needs to clear his debt with the person who helped him get this unique profession. So, he and his team are heading down to level zero—a place filled with monsters and jeopardy—but the real aim of this raid remains a mystery. The only thing left to do is make his team stronger and try and get hold of as much information as possible. He mustn’t forget, however, that in this world even those who help you in your hour of need can’t be trusted. After all, despite all his achievements, Volper is still new to this virtual project and site of a battle between paramilitary clans which has been raging for centuries.

Read the next installment of the popular military LitRPG series in English. The author continues to surprise readers with unexpected plot twists and by skillfully combining elements of LitRPG and post-apocalyptic military science fiction.

I waited years for this book after the series was retranslated, it was worth the wait. I can’t wait for book 4.

My only complaint is levels seem to be treated as an afterthought and I have no idea of the levels of those in the parties, much less their skills. Great story with great twists besides that.

Worth the wait. Now to see who is gonna go down, the incumbent illegal Administration or the venerable Heart. Tune in next read to find out.

Volper and his team escape from the upper levels back into the ‘safety’ of the 5th level. Along the way they are helped by the surviving Skurfaifer contractors on the upper level. Taking a mission down to the lower levels, Volper stumbles across 2 beings from his past. And then the bad news and really bad news starts. Good book and great series.

I get an ARC of this series where I check for translation errors from Russian to English and make sure that the flow is good. This series gets better with every book. I hope you enjoy it as much as I did. 8/10