Lords of the Ruins 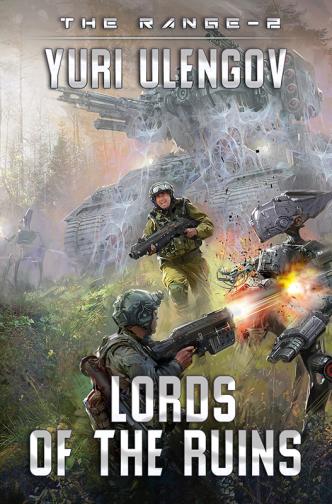 Altai managed to survive in Limbo and get a coveted pass to the Green Zone, but this is only the beginning of his journey. Thanks to the “Hand of Justice” achievement, the former planetary assault trooper saw a faint glimmer of hope that one day he’ll escape Rhapsody. One day, maybe, if he’s lucky... Now is not the time, though. After all, a visit to Elysium is just a short respite before a new race with death begins.

At the Verge, the Orange Zone of the Range, all achievements received in Limbo mean nothing. The rules change as the game progresses and the most important one, as usual, is written in small print. The only way to survive is to become stronger, faster and smarter than your opponents but that’s not easy. You’ll have to shed blood for credits and virtual experience that allow you to buy weapons and power-ups. Hopefully, this will be the blood of your enemies and not your own.

Some serious fights against unknown biomorphic creatures is the main driver in this book. Initially Altai, Diss & Margot escape from Limbo yo Elysium, but run afoul of another prisoner, Sly, and his drug dealing ways. Quickly leaving Elysium, they are targeted and eventually arrive at the Thunderbirds fort. Fate throws them to the wind here and Altai must accept becoming a clan member to keep his fellow team members safe. Heading out to level up with another squad, Altai and co encounter bio morphs and enemy clans, leading to a massive fight, with a twist at the end.

I can't believe you stopped at that time! I am so mad and the same time in awe, it's making me crazy! It's awesome! Love the plot lines! Keep up with the great work! Thank you very much for the book! Can't wait for the next one!

I'm giving this book 5/5* as the action is tense and kept me turning the pages quickly. I wished Margot, Diss and all the rest of the original team had been there instead of Altai going with a new team, but it does provide a good setup for book 3, especially since a previous character had been in the same situation as Altai now finds himself.

I've never read a book from the perspective of someones inner dialogue. I didn't love the story as a while. Too much action not enough story but it has its merits and is worth a read I'd say!

The main character encounters typical situations, (you know, murder, betrayal, friendship, teamwork, being pressed into service), the typical range occupations, but our main character also manages to turn them all to his advantage. Well, ... at least until the end, which I have to say I didn't see coming, though perhaps I should have.
If you read and liked the first book in this series, you'll certainly want to add this one to your reading list, especially since it looks like the next book in the series is going to be pretty intense.