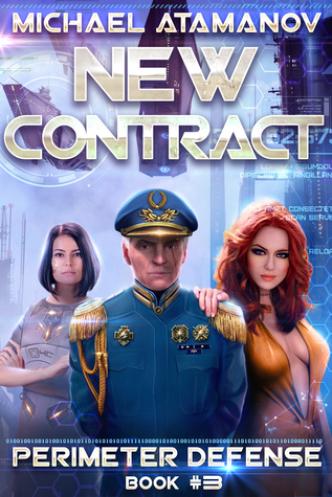 The enemy’s at the gate, busy seizing Terran and allied star systems. The situation is getting worse by the second. The star system Unatari - the seat of Crown Prince George - is under threat from the Aliens. It’s high time Ruslan came back in order to rescue everything he holds dear from imminent destruction and save Perimeter Defense - the game that has become his life.

Realizing he can't stop the enemy with brute force, Ruslan asks the Swarm to send some of their starships to attack the Aliens' home planets, thus forcing them to turn back in order to protect them. The problem is, the Swarm Queen doesn't like the plan: this sentient insect refuses to believe that Ruslan can win. Which leaves our hero with only one option: to prove his ability to command a united fleet of galactic races, then face the Alien armadas in one decisive battle.

as fast flowing as ever, this author never slows downs n bores you. so many problems to solve!

This book hit it out the park again this whole series was like a breath of fresh air for me.

This is by far my favorite series of books I hope there's more to come.

Damn now that was a good book, read it and be amazed.
Can't wait for the next one, will buy it right away.

The story keeps getting better as the series continues and the plot twists are exciting keeping the reader guessing.