Pearl of the South 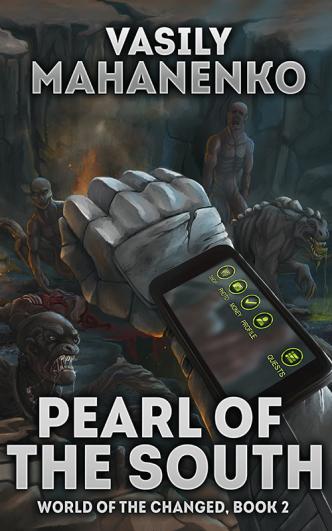 I really enjoyed this book. I love how much the characters stats and build affect the storyline. Right up there with Reality Benders for me in my favorite sci-fi LitRPG.

Enjoy more of the same roller coaster style thrill ride as Mark wrings his hands about his sister’s fate before ignoring her existence and going mono e mono with the entire world. The stakes are higher, the writing is awesome! Well worth a read.

The 2nd book in the series continues the dark survival action adventure that the first book started. Vasily Mahaneko continues his story of a lone player stuck surviving an RPG world where all the monsters, and crazed over powered aliens are out to kill him. The story keeps pushing the main character (MC) into ever more action filled situations with good story twists that keep things interesting and the MC from feeling too OP. A new addition to the game mechanics are the ‘trials’ where the MC can undergo torturous tests to improve his physical and mental stats. It’s a change I liked since it exacts a real cost for his RPG improvement. Overall, another really good read from the author. Score: 7.8 out of 10

I'm a huge fan of this author and got the expected result from another of his books. In the 1st book the mc was a bit OP, but this book kinda brought him back down and showed he wasn't a god, but a mere mortal who has to fight his way to the top.