The Raid on Inferno 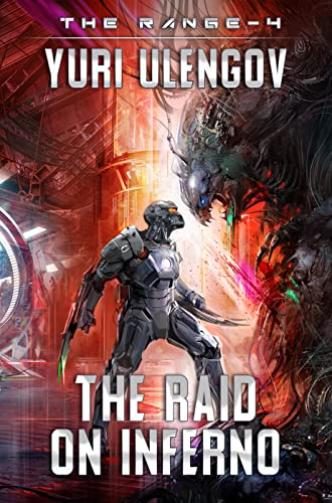 Altai has managed to accomplish the impossible. He survived in the Red Zone and won the tournament—but the victory didn’t give him the satisfaction he’d been seeking. He took revenge on the man who had ruined his life—but revenge only raised new questions. Questions that can’t be answered as long as he remains in the Range. There’s only one thing left to do: complete special assignments given by the Administration with the hope that, sooner or later, he’ll earn his freedom. If he survives, of course.

When Altai is given such an assignment, he happily accepts it. Scouting out a remote outpost is also an opportunity to establish his own base, bypass the Range’s system and continue to level up—after all, since an alien symbiote has invaded his brain, the usual upgrade paths are closed to him. But the former planetary assault trooper doesn’t realize that he's become a bargaining chip in a web of intrigue spun from orbit and that his raid on Inferno is supposed to be a one-way ticket.

This is a great sci fi Lit Rpg series. I enjoy the world and the mc. Can't wait to read more.

I wish the author could write faster! Great addition to the series that has amazing world building and action, with an A+ ARC.

Well looks like the Corp fubared again. Will Altai and company survive? Do not know Will have to read the next instalment

Altai founds his Clan and is given a mandatory quest by the Range AI. It seems everything on Rhapsody wants to kill his people, especially the Xenos. It’s time to fight & reclaim what’s been lost!
Great book, looking forward to reading the next book.