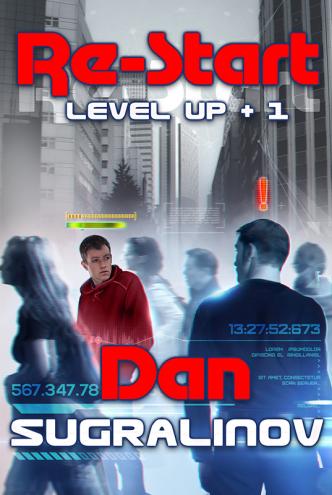 This should have been average. It wasn't. This book was amazing and I can't even really desribe why. Just read it. If you see this, do not doubt me, take a chance and read it.

Highly recommended to any LitRPG fan. It's a must-read. It's also a different take on the "real life turns into RPG" story which I immensely enjoyed.

Can't wait for the sequel!

All I can say is this twist on the genre makes it so FREAKING AWESOME!! I wasnt sure how I'd feel about this being that it took place in the real world. However, from start to finish I was enthralled!!! I CANNOT WAIT FOR THE NEXT BOOK!!!!!!!!!!!! AMAZING!!

Loved this original take on the LitRPG genre. Because the game is superimposed on real life, it allows for an in-depth exploration of the main character - his flaws, motivations, drivers, and how he changes over time. I found that this made for a very compelling story. I was invested in what happened to the main character. The book made me wish that the HUD device existed - I think I'd gain a lot of motivation from a real-world game! As another reviewer mentioned, I really enjoyed the footnotes on Russian expressions and culture. Anticipating the next book - I'll definitely be getting it and following along with more of this intriguing adventure!

Most litrpg I've read has been full of selfish narsasitic punkish main characters. This book was a welcome relief in both setting and chacterisation. Buy it now!