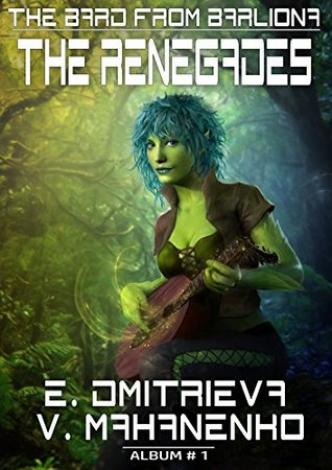 The start of what promises to be an excellent new series by the author of The Way of the Shaman and his new co-author. I confess I only picked up on this book very recently and grabbed it right away because WOTS author so must be good, right? And once again he has delivered on a really good tale and one that shows the influence of his co-author as there is a different feel to the book and it feels, at least to me, that it has a finer texture.
I love the initial plot line and I will be buying the next book right away.
Go to it authors and may your teammate keep your fingers to the writing grindstone. More!!! :D

I wasn't sure that I was going to like this new series as much as the first, but I have to say, it's looking good so far!

Story-wise, this is a mostly slice of life story, where you follow a new player figuring how things work in the game, how to build her character, craft, explore, and adventure. There’s some interesting twists, especially towards the end, but it’s mostly just following this character around. Readers get a little better look at the real world in this novel since the MC isn’t stuck in the game. There are also a few cameos made by characters from the Way of the Shaman.

The addition of a co-author has not hurt Mahanenko's writing - I rate this book between the Shaman series (great) and the Dark Paladin series (so-so). Most of the action is told from the perspective of a female musician, so insights into the female perspective (and perhaps into music) may come from Dmitrieva.

Another starter book in a world put together by Russian litrpg book authors. I am always quite charmed by them because the characters are engaging and the cultural differences (friend comes over and finds salami and vodka in the fridge, as an example) that show throw in the writing, which I've enjoyed ever since I started reading works of fantasy by Russian authors. I think it helps to read the Shaman series first as you understand a few things coming into the book but you can read it without it and then go back and read that series. I look forward to reading the next one in the series.;-)