The Secret of the Dark Forest 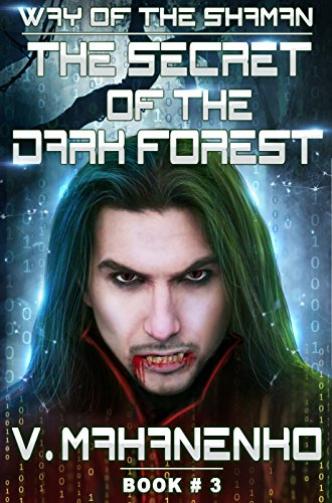 The Virtual World of Barliona is a place of rest and entertainment - but not for everyone. It has become a survival arena for Daniel Mahan after he was sentenced to 8 years in its virtual jail. Mahan has been through it all: the back-breaking work in the mines, betrayal by other prisoners, and finally, the retrial which has released him into Barliona's common world. What more could one want? Mahan could have kept a low profile and enjoy relative freedom while serving the rest of his time. But being a Shaman, he can't help himself. Soon he's a clan leader, taking fifty of the continent's top players to claim the secrets of the Dark Forest.

This book is also available in iTunes and Kobo stores

All in all. One of the top Litrpg writers

The only downside, and it is a big one, with this author is the delays experienced in getting the next book.

The 5 star rating is for expanding the scope of the story yet still remain true to the premise of the first book. It consitently delivering page turning chapters.

More levels, more loot, more adventure, more story...The guild/clan is growing, and there is more drama and promise and suspense etc. This series is definitely on my "Read ASAP" list. I love it!

This is one of the best books and series I've read of this genre in a long time. I found myself laughing and getting a little misty eyed. This is very rare for me while reading. In my opinion this series is the example others should strive toward. The pace and immersion potential is wonderful.