In Service of the Pharaoh 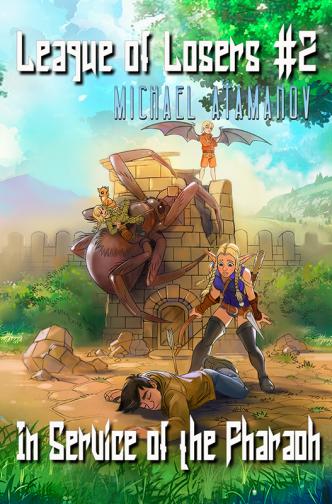 The adventures of Sergeant and his cat continue! The human Beast Catcher has been forcibly separated from his furry girlfriend Shelly, but our hero’s character level is too low to follow her into the wider world or take proper vengeance. All he can do now is gain strength, level up his character and skills, and add to his ever growing list of enemies to one day be punished… or leave that to his ginger kitten Whiskers, fast becoming an expert in curse magic.

In the meantime, a terrible storm is brewing in the sandbox for beginner players. The humans and the sherkhs are on the brink of war for domination of this land fenced off from the rest of the world. The sherkhs are choosing a general for their army, and one of the candidates is an old acquaintance of our hero. The main task for Sergeant and his cat now is to avoid falling into the grip of a bloody conflict.