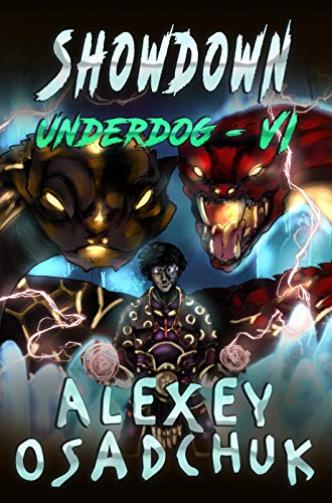 Bravo! I love it. This is one of those series where each book is better than the one before it. I literally read it in one sitting.

The MC is getting strong. Very strong. After all the plight and injustice this book should be rather called redemption or vengeance. Redemption fits better. This is one of the most satisfying books I have read in a while. A lot of circles close in a very cathartic way. Now that all the "development" is done I feel that next book will be about war. Epic. I can't wait. Excellent writing with a thrilling story telling.

The underdeveloped hero starts taking the surface by storm, making new alliances and unexpected gains. I only hope that Master Eric doesn’t use his latest artifact, lest he lose his potential for a temporary boost...Again, most excellent writing and prose. Only took a day to read through, and eagerly waiting for more.- I’m once again thinking of Mee as baby yoda-

Love this series and am anticipating the next in the series with baited breath. When i noticed I only had half an hour left in the book I found myself disappointed as I didn't want it to end. Highly recommend!

Another instalment in a fun and enjoyable saga of the evolution of an underdog into a world altering leader. Although this book is in some ways less dramatic than some of the previous set, it does tie up some plot lines in a satisfying manner and opens new ones ripe for exploration. I really enjoy reading the progression and am looking forward to the next book. I strongly recommend starting from the first book and getting stuck into this tale.