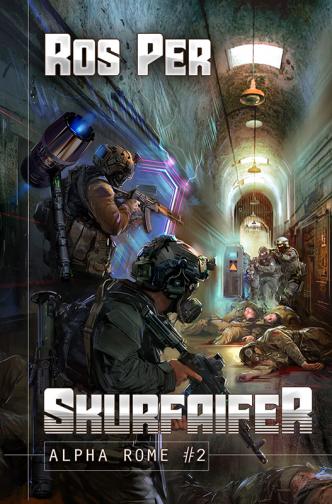 An old military veteran wanted to add a little color to his lonely existence. So, he entered Alpha Rome. This virtual world has given him the chance to feel young again and have one last taste of the spice of life. The prospect of death is no longer daunting, as anyone who dies is reborn by replicating in a purpose-built capsule. Volper’s military experience, keen eye and sharp negotiating skills have helped him get off to a successful start, but his view of the project has taken a sharp turn.

More and more questions are popping up and there are no answers in sight. Why have people with psychic abilities been declared dangerous mutants, and why is there now a war against them? Why were the androids destroyed and what will happen if they return to this world? How do you get the Skurfaifer profession and why are those who try to do so being hunted down? What are people he knows from his past, people he had thought to be dead, doing in Project Alpha Rome?

It's a new take on the tower climbing trope. I really enjoyed the writing and world building. I eagerly await the next installment.

Great combat, excellent thinking an all round Great book! Its well worth the time to read ! Don't miss it.!

This is a much better translation of the original book, than the previously released edition. Volper and his team continue training, and eventually head into the Lab to free Laaia. He also convinces Sonny to train him for the Skurfaifer profession. As an aside to this, and being a paranoid retired General, he has noticed that there are conspiracies abounding, and multiple attempts to stop him from achieving his goals. Good story and waiting for the next book.

Translation is WAY better than the earlier version. I struggled through the first edition english version as I loved the plotline. Reread this version and the story grabs me even more! Can’t wait for the next book

This was a fun book. I am glad that I read it. You should try it too.