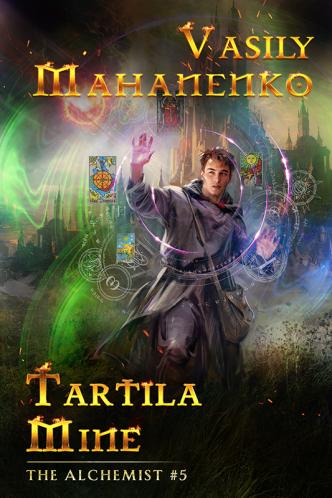 What are you supposed to do when the whole world joins forces against you? Give up, find some hole to duck into, and beg for your life to be spared? But even despite how obvious the answer to that question might be, many an adult had been dashed on the rocks twelve-year-old Tailyn Vlashich was supposed to climb. Ahead of him lay a secret laboratory belonging to the ancients; behind was a horde headed by his sworn enemy. But through it all, Tailyn had those who loved him, those who believed in him, and that support was enough to carry him to the ends of the earth.

There was just one question left to answer: who was the Absorber? And what did he want with Tailyn?

It’s been a few months since I read the previous novel and that didn’t help me diving into this one. This book picks up directly where the last left off, without any explanation or recap. For that reason, I found myself having to piece together who was who and what exactly was going on. At a certain point it all clicked and I was following along. That would also be when the pace accelerated. The ride to the end was wild. The good news is this ended the series quite effectively. A few scattered typos. Family friendly, if a bit destructive. You really should re-read at least the previous novel before attempting this one. If you are a fan of the series, it is worth it.

This is the conclusion to the Alchemist series, though not necessarily the end to the adventures of the main character. There’s lots of action and adventure. And those teasers for that other character from the author’s other series showing up absolutely pay off. If you’ve enjoyed this series then this last book is a must read. Score: 7.8 out of 10

It’s one town against the world and the world is a very petty AI. Our hero meets the previous hero and gets a good look at what “winning” looks like. A great ending to a solid series that cut the Gordian knot of dangling plot threads down to something more reasonable. The ending is a hard twist but everybody gets what they deserve.

Great series. The series just keeps getting better and better. You can see that the MC has developed a lot though the books. Looking forward for the next book.

Honestly the best series I've read. First book was weaker I've even droped it for a while, but the rest is pure gold. Im not book worm or critic, so the only thing I can give you is my feelings of this series and they scream READ IT.