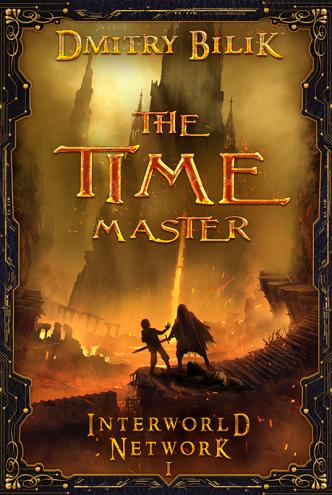 An ordinary Russian guy, Sergei picks a fight in his neighborhood, defending a little boy. Problem is, the guy he's just defeated vanishes into thin air, leaving Sergei to discover he now possesses the ability to turn time around.

On top of that, Sergei can now travel between worlds. He acquires mysterious new skills and abilities. And he discovers there're many others just like him in our world.

Sergei finds his own place in the secret community of the Seekers - creatures with superpowers. He even teams up with a few of his new buddies, planning to strike gold in one of the neighboring worlds.

Sergei has no idea that his every step is being watched. He's being shadowed by the Darkest One - one of the oldest Seekers around who'll know no peace until he gets hold of some of Sergei's unique abilities.

The characters had depth of character, and the story was both unpredictable without have a terrible plot twist that makes it not worth reading. Would very much recommend.

Well written with interesting visual imagery and turns of phrases. For example, “He was supported by his wife, a hardy, permanently angry woman for whom her hubby had become something like a suitcase that had lost its handle: it was hard to drag around, but it would still be a shame to discard it.”. Maybe not all the concepts for the book are completely original, but the story is very well woven and there is a freshness to it. Loved the book!

Like a number of other stories from Russia . This one is solid . I enjoyed it and will be looking forward to the next one. I'd recommend it to my other book lovers .

The Good: this book at times is very similar to Dan Sugralinov's Level Up series. The MC stops smoking, starts running, etc. to improve his fighting abilities. That's where the similarities end, and we watch as a young man learns new skills including being able to turn time back by a few seconds. For the most part this skill is used really well, and while the story is definitely slice of life it has enough action and intriguing moments to keep me hooked.

Mistakes: I only found two. Really good translation and editing on this book.
Plot: I was not a huge can of the cliffhanger ending, but this book has a lot of interesting things going for it. No spoilers.
Characters: The MC shows growth throughout the book. This makes it a pleasure to follow his adventures.
8/10