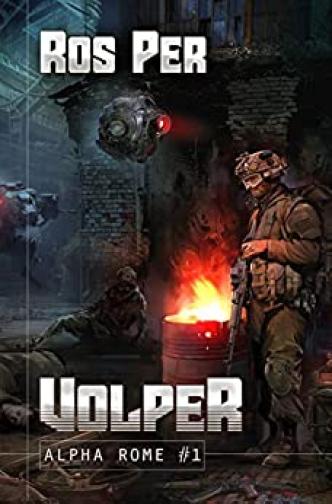 I really enjoyed reading this military scifi litrpg book. It has a seriously cool MC that figures things out on the run and does not take prisoners. The setting is in a game where there are sixteen floors. Floors five and below are considered contested. Enemies abound, from mutated animals to mechanical drones they constantly keep the MC and his allies on their toes. The translation is excellent and I am looking forward to reading book two.

Some odd artifacts from the russian translation, but overall, it was a very good book, and one I think would fit well into any LitRPG fan's library or read shelf.

Alpha Rome is my favorite litrpg. Im anxiously awaiting book 2 and hope the translation is better.

Great read, can't wait for book two. Some of the translations are a little odd but the book is still extremely good.

I read this in the earlier version and was always disappointed at the whiners that let a little bit of grammar ruin a good series. I always assumed folks read for entertainment but you wouldn't think so from all the whining. I am glad the series is finally coming back, good deal I guess the whiners will just have to find something else to cry about.