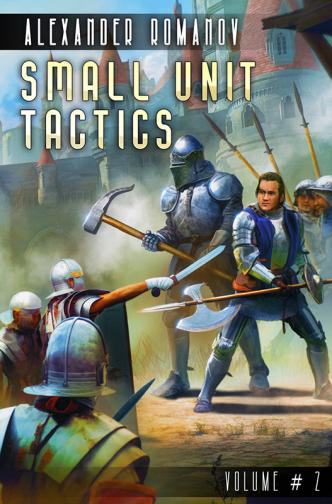 Echo has landed on his feet after finding himself in a mysterious other world with tens of thousands of gamers, and forms a close-knit unit of people like him. Echo's fighters quickly level up and get ahead of everyone else, instilling fear in their enemies and winning the respect of their clan members.

But much remains unclear. Where is he, and what is this world? Who are the mysterious 'arbiters' enforcing the rules of the game? What role does the local population play in all this? How deep can he delve into the underground realm full of unspeakable monsters?

Complicating matters, the rules of the game suddenly start to change. The clans are faced with real and present danger like never before. If a faction's city is captured by an enemy and the three artifacts in the city's chapels are destroyed, that faction will be eliminated. Their players will die—and this time, it's real and final!

Echo and his team are chosen to lead their city's defense and come up with a strategy to win the war against the other factions. It's a momentous and difficult task, with thousands of lives hanging in the balance.

Dive into the second volume of the two-part epic Small Unit Tactics, the book that pioneered the Russian LitRPG genre and gained a massive fanbase along the way. Now available in English!