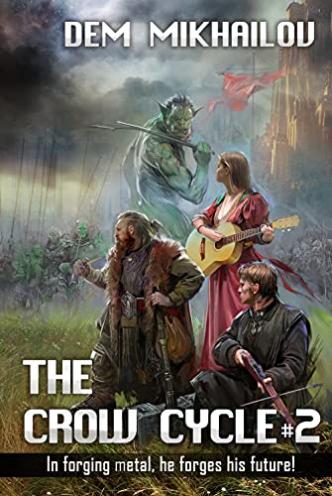 How tough do you need to be to withstand life's storms? What would you do, if everything that you've worked so long and hard to achieve comes crumbling down within an hour? Presumably, when this happens in life, it takes great effort to overcome despair—even if this life is virtual. For the dwarf named Crow, virtual life is no less important than reality. This is because the game holds great meaning, currently known only to the hero of the story, while the reader can only make guesses.

If all efforts to build a relationship with the government are blocked by the appearance of a new captain of the guard, who cannot stand players; if the previously deserted and lifeless plain by Gray Peak is suddenly invaded by hordes of orcs; if the weather has gotten so bad that it's time to stop thinking of growing a business or building a homestead, and to focus on simply surviving instead, then the only thing left is to grit your teeth and continue to move towards your goal, while calmly and logically solving any encountered problems.

The story of the dwarf named Crow continues, while his secret has yet to be uncovered. Despite this, there is no shortage of adventures in his life.

Get ready for the second book of the cycle about the new hero of Dem Mikhailov's Waldyra—now available in English!