Alpha Rome-4 is in pre-order 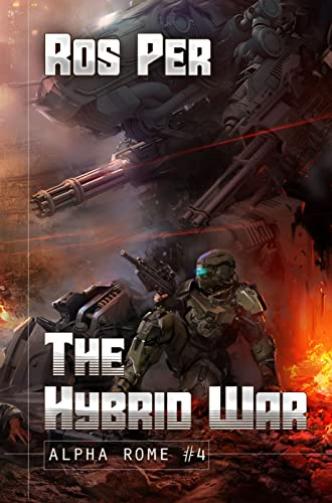 What began as a normal game for a retired veteran who, after a long and eventful life, decided to spend his few remaining days inside of a virtual world, has abruptly started acquiring features of reality. A terrible, dysfunctional, and sometimes murderous reality.

For a while, Volper only manages to survive thanks solely to his combat experience. And then he meets others he simply cannot pass by, because of one of his two weaknesses. Children - even if they are already teens - are still minors according to the rules of this world, and therefore they’re viewed as just kids who stumbled into this terrible world without really understanding where they were going. The veteran is faced with a difficult decision: take them under his wing, or teach them how to survive on their own.

A soldier is a man of honor, after all, and must never leave another man behind. Over time, these children become more than just his charge: they become friends, and perhaps even a new family.

But fate decides he is capable of more, sweeping him up in a whirlwind of events and handing him a nearly forgotten profession that comes with both loyal followers and dangerous enemies.

And then a trip to the very center of this city-world reveals an even more shocking truth about the true nature and purpose of this place. All the more depressing to realize what human greed and cruelty have led to.

Now he’s left with no choice. All attempts to come to an agreement have been fruitless, and the only thing left on the table is war: by any methods, any means, using all available resources and sparing no thought for their own lives. They must destroy this false government so that the true Heart of Alpha Rome will shine again, meaning that humanity is once again on the path of salvation, not self-destruction. Isn’t that a goal worth risking everything for, even starting a war unlike any ever seen before... the Hybrid War!