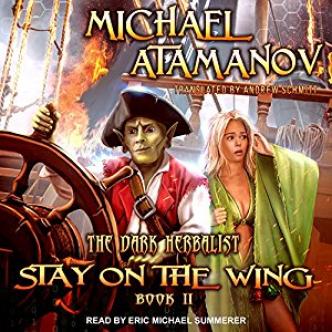 Stay on the Wing by Michael Atamanov is released on Audible!

When Timothy finally found work as a tester for a popular online MMORPG, his lifelong dream was fulfilled. And now, he earns money (and pretty good money, at that) just for doing what he loves - playing a beautiful and realistic computer game. But he isn't some typical run-of-the-mill player, like the millions of others. Timothy is truly capable and talented, and stands out from the crowd. In fact, the faceless masses consider him far too lucky and successful. Many players dislike him for his achievements and hunt him down ruthlessly just because they feel envious or because he looks different. So, what is he to do now that the whole world is against him and his only allies are his beloved sister and a few trusted friends? Make peace? Sink down to their level? Or just fly ever higher on the wings of success? It's all up to Timothy!