Blood of Fate audiobook is released! 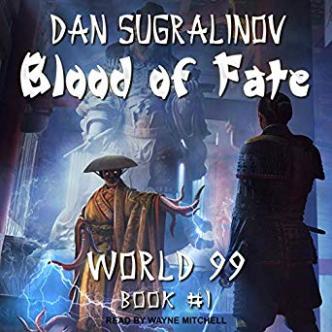 The body of young paralyzed Luca, a boy killed by cruel bullies, becomes home to an interdimensional traveler. This is the ninety-ninth world for this traveler who has spent an entire life in each of his previous worlds. And now he is out of lives, his previous misdeeds leaving him with a negative balance of points and preventing him from reincarnating anew. Once he realizes that he must spend his final life in a poverty-stricken family in a backward world, he awakens the consciousness of the deceased Luca and ends his own physical existence, leaving all his abilities to his heir.