The Charmed Fjords-2 is released! 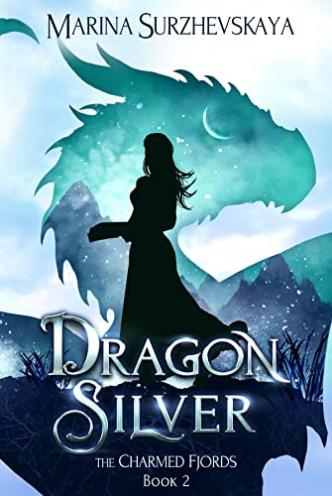 Beyond the Great Fog lie unexplored lands that are inaccessible to the people of the highly civilized Confederation. It is a world of magnificent, rugged fjords, a world inhabited by indigenous tribes who call themselves ilgs. What secrets does the Fog hold? Only a few people know the answers.

The ilgs use their vast wealth to acquire wives from the outside world. But Veronica doesn’t need money. And she isn’t looking for love in this untamed land. She has her own reasons and secrets for venturing beyond the Great Fog to marry a stranger.

Dragon Silver is part of The Charmed Fjords series, but you can enjoy it even if you haven’t yet read the other books: it has a standalone plot and a brand-new set of protagonists. You will learn even more secrets about the mysterious world beyond the Fog.

Read the second installment of The Charmed Fjords series: new mysteries, love and passion, and a captivating world await you.