Clan Dominance: The Sleepless Ones - book 2 is released! 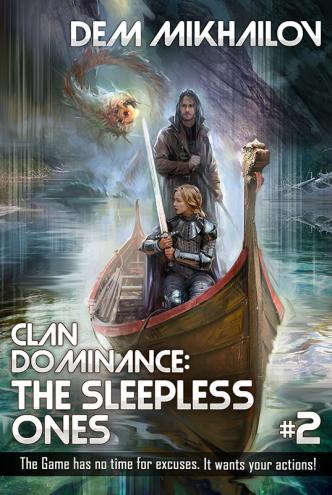 Clan Dominance: The Sleepless Ones, volume #2 by Dem Mikhailov is released!

If someone offers you to make a few quick and easy bucks, there's got to be a catch somewhere. A seemingly trifling quest in the virtual world of Waldyra is an excellent opportunity to earn some money, right? It's just that things never quite work out that way.

Rostislav Grokhotov does not want to become anyone's pawn. Therefore, his unexpected acquisition makes him ponder his own goals. Having become the sole owner of a unique spell coveted by top-ranking clans, he no longer wants to go with the flow. That way would only lead to ruin and obscurity. He'd need to go all in—and to have a good plan. With several more contingency plans for good measure.

What are the opportunities available to someone in the possession of a unique spell capable of dispelling the veil over the unexplored continent of Zar'Graad? What is the mystery of the legendary Silver Legend set of armor? And what exactly is the game played by the Albatross clan that has hired him? Those are but the first few questions bothering Rostislav, on his way to become a legend in the game world of Waldyra.

Prepare for immersion into the stunning world of the famed series that has earned recognition as one of the best examples of the LitRPG genre—Clan Dominance: The Sleepless Ones. Rostislav's adventures online and offline will keep you on the edge of your seat. This legendary LitRPG classic now available in English!