The Dark Herbalist IV is released 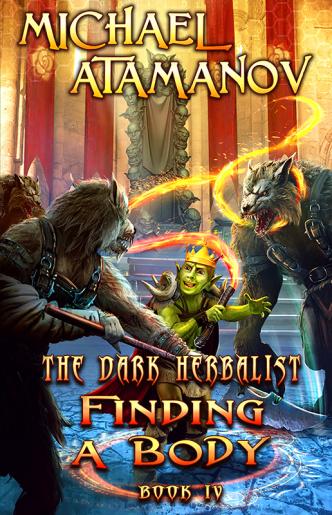 Finding a Body (The Dark Herbalist 4) by Michael Atamanov is released!

What is it like for a small flap-eared goblin herbalist to play the role of the Dark Sovereign, the main antagonist for Boundless Realm’s hundreds of millions of players? What is it like to find one’s self the standard bearer for an army of man-eating giants, cyclopes, skeletons, ghosts and other hellspawn, who don’t give a damn about their modest little ruler?
Our hero didn’t desire such an unenviable fate, but there is no way back now. He’ll just have to tighten the straps and play the ghastly overlord to the innumerable hordes that now threaten all Boundless Realm. But the longer our hero plays, the better he understands that this world is much more complicated than it seems at first glance and he is just a pawn in someone else’s game. And lots of things depend on whether he can figure all of it out in the short time he has left, including his own life.