Game Changer is on discount in iTunes 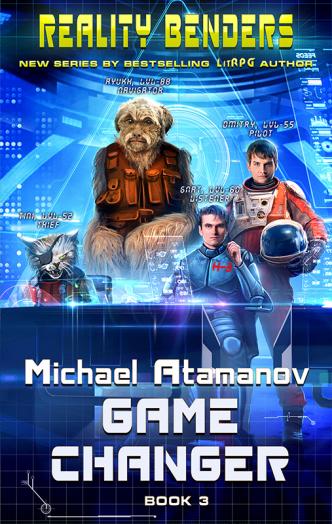 Game Changer (Reality Benders-3) by Michael Atamanov is 2,99$ in iTunes

A war has broken out in the Galaxy! The great spacefaring races are all entangled in the fight and, even at the very edge of the known Universe, humanity can hear the echoes of its distant bloody battles. Our suzerains and defenders the Geckho are also caught up in this all-encompassing conflict. Is that a good thing for humanity or not? The answer is up for debate. On the one hand, the Geckho will no longer take the trouble to defend a planet inhabited by people, which is worrying. But on the other, might humanity have the chance to make a name for themselves and take a more active role in interstellar politics?

Gnat is with the Shiamiru crew on the front lines. He’s just changed class to Listener and his friends find themselves right in the thick of this grand interstellar war...