Heroes of the Final Frontier-1 - audiobook is released! 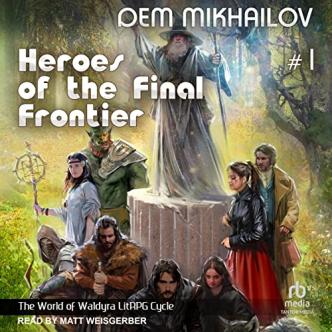 Heroes of the Final Frontier-1 by Dem Mikhailov - audiobook is released!

However, the story of Rosgard was only beginning, and life has many challenges, adventures, clan quests, and mysteries in stock for him.

This story is for those interested in what happens to Rosgard after the Great Expedition and what other adventures he'll have and secrets he'll learn. Even though he remains a famous player, his legendary status is no more, and he is no longer under the auspices of the incredibly influential clan of the Sleepless Ones.

He needs to ponder founding a clan, choosing the region of Waldyra that he favors the most as his home base. The problem, though, is that soon after the exodus of most old school heavyweight players to Zar'Graad the PKs and the fledgling Old Continent clans transformed the Lake District, which remained unattended, into a gloomy and dangerous place.