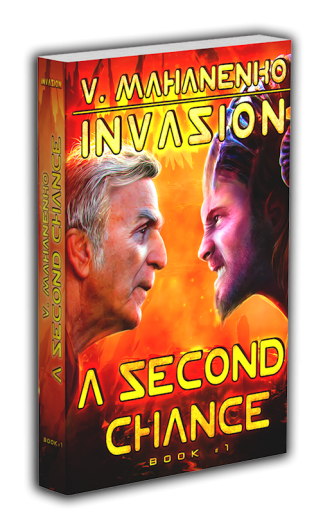 Invasion: A Second Chance by Vasily Mahanenko is released!

Reality is cruel. The rising level of technological development has led to a rising level of unemployment. They're laying off everybody, from teachers to technical servicemen. What's the point of holding onto a person if they can be replaced by an advanced mechanism?

But what are the people to do? How are they to live? Where are they to get money from? There is only one answer – Barliona. The official government project is gathering steam, luring more and more people into its net. Who knows how people will behave when they lose everything?

Brody West is one such person. Unlike most, he doesn't lose heart. A professional project manager with thirty years in the business simply cannot do that. He has a goal, and a clear understanding of how to achieve it. Nobody can get in his way – not the new class, not the strange friend, and not the unexpected foes.