League of Losers-3 is released! 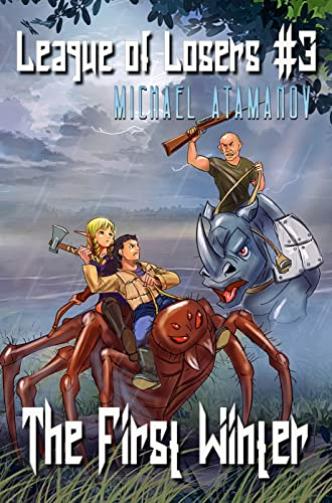 League of Losers, book 3: The First Winter by Michael Atamanov is released!

The small, weak League of Losers has truly lived up to its name — after all, it managed to make a slew of powerful, very dangerous enemies right from the start. It is now time for Sergeant and Whiskers, his ginger kitten, to leave the sandbox for the big world. The players have leveled up enough to pass through the barrier enclosing the sandbox, but, as luck would have it, it isn’t the best time to make their escape. A bitterly cold winter is drawing near, and nobody is ready for it. Worse still, none of the primary combat units — the huge arachnoscorps, creeping crocodiles, nor the reptilian fighters and mounts are adapted to surviving in the cold.

Sergeant and his friends are going to have to use all of their ingenuity and skills to contend with the dangers they’ll inevitably encounter in the big world, and to also build a shelter for themselves as fast as possible to withstand the freezing conditions in the harsh, new, primordial world.