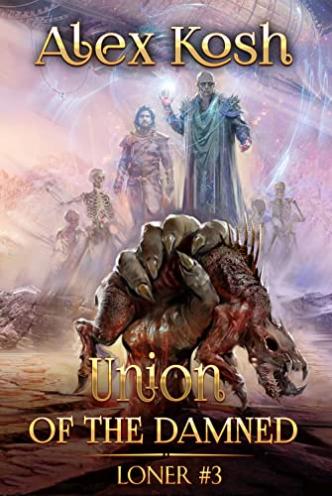 Loner, book 3: Union of the Damned by Alex Kosh is released!

Thanks to the treachery of the Steel Rats clan, Falk never obtained the first of the five swords needed for his divine quest. Naturally, the new owner of the sword - the head of the Unnameables clan - has refused to sell such a valuable artifact. However, he is willing to give it up in exchange for Falk performing a little task for him in real life. All that's required is committing burglary by breaking into a secure location and stealing a well-guarded item. Fortunately for Falk, this won't be too difficult for him, since in today's world the ability to control electricity makes a lot of things possible.

Meanwhile, in Arktania Falk has been accused of murdering his brother. Now, accompanied by an Imperial Necromancer (who also happens to be his virtual uncle, Renick Fudre), he finds himself on his way back to the village where he first began his life in Arktania. He'll have to prove his innocence, let the residents of Kelevre in on the secret of his curse, and - finally - dig deeper into his mysterious class. He'll have to survive not only in the real world, but in the virtual one as well.