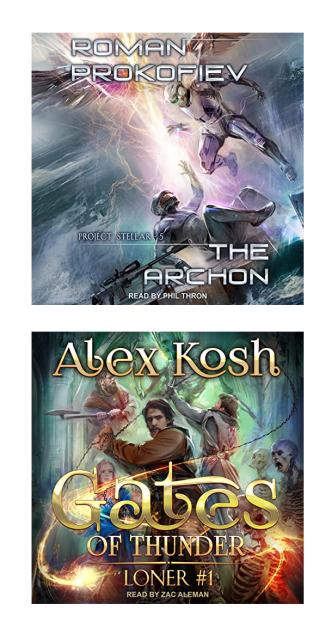 Attention, everyone! This is a directive from Stellar's serving Grand Legate!

Locate the Bullet Star. Eliminate the Daat. Restore the First Legion. Upon completion, use any means possible to lift the Black Moon Alert!

The Council of the Archons has been overthrown. Prometheus' final orders have been received. Still, a new menace is about to sweep over the city. Grey sets off for Neo Ark in order to face his old enemy. Or is it a friend? After all, no one really knows who the first Incarnators were or how they ended up on planet Earth.

Arktania is a virtual game with a steampunk style. It's a place where magic spells, enchanted artifacts, steam-powered machines, firearms, and mechanical golems are a part of everyday life.

Gamer Andrew Falk begins his journey in a small village on the border of Orcish territory. The locals are the keepers of many secrets, but their behavior is too realistic for characters in a game; so realistic, in fact, that Andrew starts to treat them as if they were real people. Maybe because of the way he plays, or maybe just thanks to good luck, he becomes one of a mysterious class of people known as "sliders," allowing him to control electricity and earn the favor of Elenia, the goddess of fate.

But as he advances through levels, the pain threshold in his character settings gradually begins to drop, making the game increasingly more dangerous. Andrew is facing a hard choice: either to keep on playing, risking eventual death by pain shock, or to abandon his gamer pod altogether. Still, his digital adventures just won't let him go, immersing him ever deeper into VR . . .