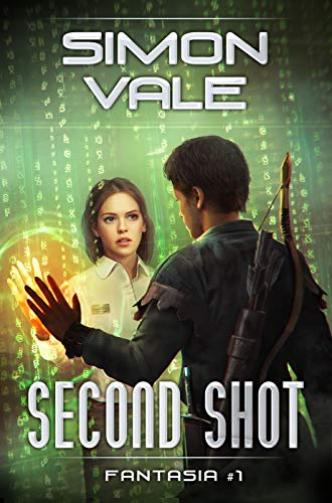 Fantasia: Second Shot by Simon Vale will be released June 7, 2021

I was on a date with the girl of my dreams when life took a strange turn and I found myself sucked into a virtual game world. It was pretty much a nose dive out of my own world of comforts, where I had everything: money, love and a bright future on the horizon. I'm not a gamer and I’ve never been one to run from reality, but it seems fate has decided that my real life no longer belongs to me. Now I'm rotting away in some dumpy medieval village where everyone I meet wants to kill me.

But I won’t give up and I won’t lose hope. I'll get to the bottom of this! What’s it all for, and who's the mastermind behind it? I don’t plan on just rolling over and accepting any “gift” fate wants to bestow upon me, and if I have to turn this whole damn world inside out, so be it!

Think there are no more offbeat and original plotlines in the world of LitRPG? Well, friends, you’re in for a big surprise!