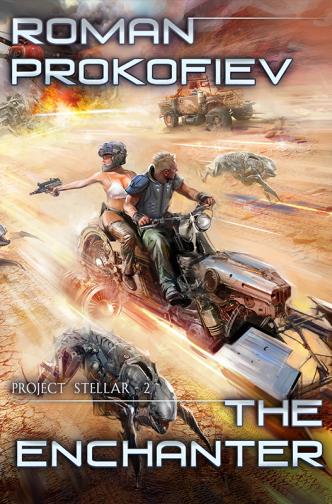 Project Stellar-2: The Enchanter by Roman Prokofiev is released!

What’s this book about? - It’s about the ancient mysteries of the Earth ravaged by mysterious entities from over the Edge. About the Black Moon hovering over the planet’s one last remaining City and about its Legion created by Incarnators of old. About the Possessed warped by the power of primeval Darkness. About the Warriors, Enchanters and Technomancers who once rose to defend humanity from the ancient evil.

And it’s about a man stuck in the body of a young Legionnaire tribute, still continuing on his journey across the world in order to solve the mystery of his past and rediscover his purpose. And in order to do that, he first needs to survive the trip.