The Quest is on discount 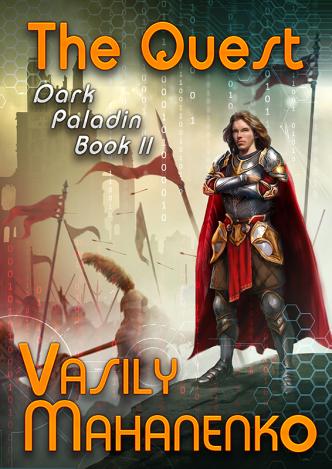 Dark Paladin-2: The Quest by Vasily Mahanenko is 2,99$ in iTunes

What if our world is only a game and all of us just stage props for the real players? Sergey Lemeshev - or Yari as he prefers to call himself - could never dream that one day he might become one of the players: those who build and control this world.

Yari becomes a Paladin, a supposed warrior of light and justice. But only when he plunges himself into this new world does he fully realize the scope of its decay and corruption. He decides to take justice into his own hands, meting out punishment in accordance with his own inner truth. But that proves to be too little too late. Having enslaved Earth, the Game has already swallowed the entire adjacent Universe.

The only thing Yari can do is work out the game’s mechanisms, find the admins and force the access keys out of them, then restart the game using the correct algorithms. That’s what Paladins do: they always act in accordance with the idea of justice. Even if they’re banished from Light, the darkness itself will comply with their law.

The problem is, the admins already have their own restart plans. Who will win this race against time? The self-appointed judge or the three immortals? The three books of the series will tell you all about the Dark Paladin’s adventures and his struggle for the integrity of this world.