The Range-1 by Yuri Ulengov - audiobook is released 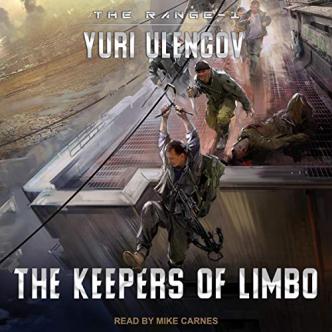 The Range, book 1: The Keepers of Libmo by Yuri Ulengov - audiobook is released

Yesterday, Altai was a war hero. Today, he is a prisoner who chose exile to Rhapsody instead of death. This planet, the Range, knows no mercy. Here, thousands of prisoners fight each other for a place under the strange, cold sun. Here, the leftover alien biomechanisms and out-of-control Terran war machines roam in the ruins, and human life is measured in virtual experience that can be exchanged for armor and implants.

Surviving in the Limbo slaughterhouse, upgrading to the 10th level, and getting into the Green Zone is all any dead man can hope for. Except not everyone succeeds. Altai will have to make a lot of effort just to take a breather, and remaining high in the audience's favor is something worth striving for. After all, the Range, among other things, is the most popular reality show, one of the few where everything is real, and death...death only raises the ratings.