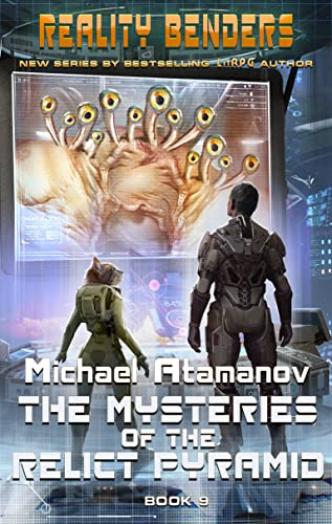 Reality Benders, book 9: The Mysteries of the Relict Pyramid by Michael Atamanov is released!

Gnat the Devourer is becoming a more prominent figure in grand space politics. Sure, he may not be totally independent yet, but he has enough leeway to be able to differentiate Earth's interests from those of its Geckho suzerains and act exclusively for the good of his own kind.

Gnat must balance obligations to his almighty suzerains against a desire to advance humanity’s position in space, and his home planet’s search for ever more allies. Although Earth’s masters are not big fans of his independent ways, the great war has shifted the historic balance of forces, and the Geckho are no longer as powerful as they once were, leaving them with no choice but to abide the Kung of Earth’s antics.

So, will Earth be able to take this chance and free itself from alien control completely? And if so, is it even a good idea?