Rogue Merchant-5 and a new audiobook 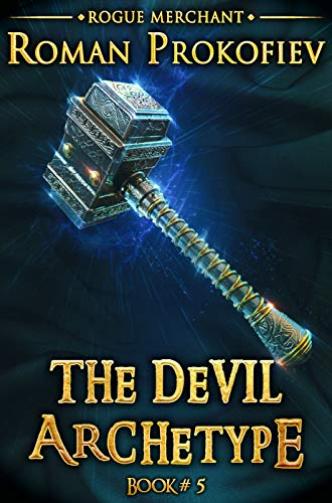 In the endless game of Sphere of Words, the trader named Cat continues searching for the Keys hidden by the dead creators of the virtual reality. This time, he has to visit a clockwork world, survive a brutal commercial war with a Chinese alliance, usurp all trade of astral ships, and most importantly, solve the personal quest of his companion Weldy.

Cat will follow the trail of the extinct Ancients, find their cache, and learn the secret of summoning the Primal Shadow. But what use is his cunning, wit, and bravery when the enemy possesses the legendary Devil Archetype?

League of Losers-2: In Service of the Pharaoh by Michael Atamanov - audiobook is released

The adventures of Sergeant and his cat continue! The human Beast Catcher has been forcibly separated from his furry girlfriend Shelly, but our hero's character level is too low to follow her into the wider world or take proper vengeance. All he can do now is gain strength, level up his character and skills, and add to his ever growing list of enemies to one day be punished...or leave that to his ginger kitten Whiskers, fast becoming an expert in curse magic.

In the meantime, a terrible storm is brewing in the sandbox for beginner players. The humans and the sherkhs are on the brink of war for domination of this land fenced off from the rest of the world. The sherkhs are choosing a general for their army, and one of the candidates is an old acquaintance of our hero. The main task for Sergeant and his cat now is to avoid falling into the grip of a bloody conflict.