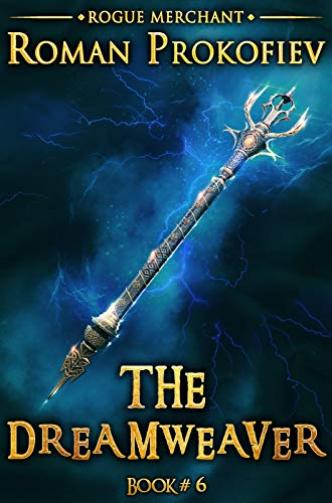 Rogue Merchant, book 6: The Dreamweaver by Roman Prokofiev is released!

They say that the Sphere of Worlds has no limits and that its players enter a new universe brimming with mysteries. And this universe is now readying to defend itself. Whoever has got involved in the game just can't stop anymore. In the search for the Keys, Cat and Weldy set off for the Abyss - the netherworlds of the Sphere - where Cat is about to play against the strongest of all the oracles: the legendary Demon King. And the stake in the game is horrendously simple: Cat's own life.