Rorkh-2 by Vova Bo is released! 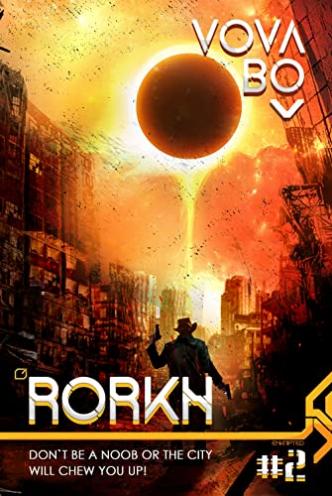 New runs, new monsters, new threats and Dark Gods, but along with them come new comrades and new mentors. The real Rorkh has turned out to be totally different than Arch imagined, and the skills and knowledge he's acquired so far are obviously not going to be enough to survive here.

And besides that, events have spun out of control way too quickly. First, his hunter ended up in Rorkh's psychiatric hospital, where twisted experiments are conducted in the basements with the goal of creating obedient supersoldiers. Then he had to fight off wave after endless wave of monsters attacking the City. And meanwhile, some player or other is constantly trying to kill Arch, and these attack at the most unexpected times...

As if that weren't enough, a player known as the Psycho Swordsman - considered a legend in Rorkh - has recently emerged from obscurity. And this psychopath completely lives up to his name. It'd be one thing if he just went about his business, but no. The Swordsman has some kind of serious problem with Arch, even though he's never met him before.

Too many events have begun swirling around Arch; too many powerful players are taking an interest in him. The tension is growing, and it seems like something terrible is looming. And when it seems that way in Rorkh, it's best to reload your guns and keep your eyes open. Something might already be standing behind you.